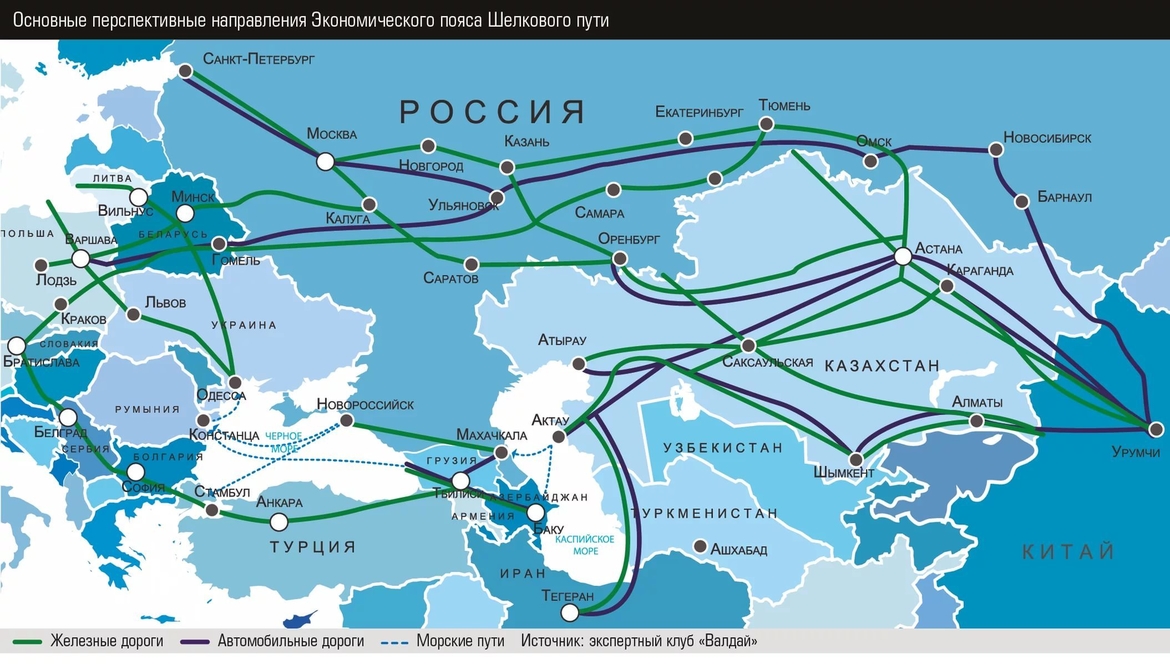 The New Silk Road: up-to-date overview of the project in 2019

Big words are heard on every forum dedicated to the New Silk Road. The question arises - will it become a real competitor to the developed system of maritime traffic? What benefits prompts Russia and China to approach each other, strengthening logistics and international relations not only by sea, but also on land?

The main objective of the megaproject, the transport corridor of Western Europe-Western China, whose future is still cloudless and extremely promising, is stated as “to intensify the economic and cultural ties between Europe and Asia.” Recalling history, the Silk Road has long been the only major transport route. Until then, a quick way by sea was found. A promising return to the golden time of land transportation?

Started at the seaport of Lianyungang, the main line finishes in the north-west of the Russian Federation in St. Petersburg. In other words, the corridor will connect the densely populated areas of the Pacific Ocean with the Baltic Sea transport arteries, capturing the main strategic areas of both countries along the way.

To understand the perspectives of the project, just look at the key indicators:

Such large international projects contribute to the improvement of the personnel market situation both in Russia, Kazakhstan, and in China. Every country obtain its own benefits: investments come in (the total cost of reconstruction and construction was estimated at more than 800 billion tenge), new jobs are created.

- The road is needed to connect powerful and developing regions. The route will give a tremendous impetus to the development of Russian regions, the territories of which are adjacent to this new highway, - said Sergey Kelbakh, chairman of the board of the state company Avtodor.

On February 26, 2019, Georgy Chicherin, Deputy Chairman of the Board for Investments and Strategic Planning of the Russian Highways State Company, announced that by 2024 Russia would complete the main line, which would become part of the international transport route Europe - Western China.

⇐ All about “Chernozem region logistics” forum in 2019
Learning from the best of the best: a top-list of the biggest ports of the world in 2019 ⇒